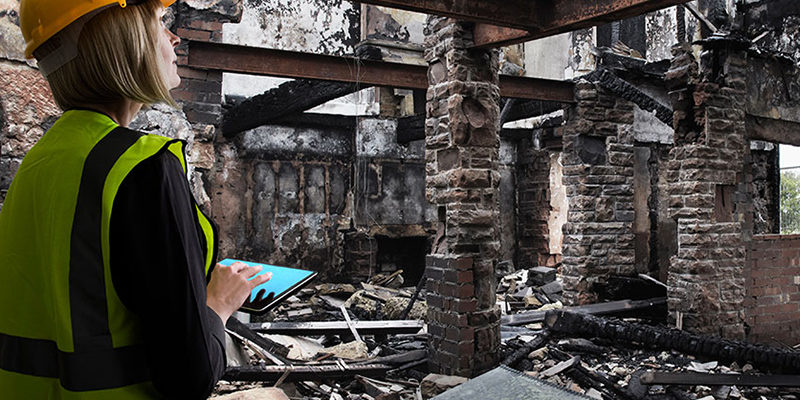 Few things are more devastating in business than thinking you’re covered for a loss only to find out your insurer has rejected your claim. Here’s how to appeal that decision.

Just because you’ve received bad news, doesn’t mean you should give up.

There are a number of avenues for appealing such a decision, and a good broker can be your best ally.

How you appeal a rejected insurance claim depends on the nature of the rejection, which usually comes down to one of two things.

“It’s either rejected because it doesn’t fall within the operative clause or an exclusion applies. So that’s a wording type issue,” says Steadfast’s Broker Technical Manager, Michael White.

White provides the example of a rejected claim for storm damage to a property – the owner may claim that damage was the result of a storm, while the insurer argues that the damage is caused by gradual deterioration.

“It’s hard to believe, but lots of people make claims when they don’t actually have insurance,” says White. “Or they’ve insured their business but they haven’t insured themselves for theft or business interruption.”

If your claim is rejected, your broker can be your advocate.

“You should be getting the broker’s opinion on whether there’s any grounds on which you can challenge the rejection,” says White.

If the rejection is based on a factual issue your broker may be able to help secure competing factual evidence, reports and documentation.

“For example, the insurer is going to rely on the building report – they don’t actually go out and look at these things themselves – so you could consider getting another building report,’ White says.

If the rejection is based on an exclusion, a Steadfast broker can reach out to White for his technical expertise.

“I’ll tell them whether they’ve got a grounds for arguing it or not,” he says.

If your broker can’t get the insurer to overturn the decision, the next step is requesting your insurer launch a formal internal dispute resolution process.

The internal review structure varies between insurers, but all are legally required to review the decision within 45 days. In some instances, they may choose to overturn their original decision based on a fresh look at the claim.

If not, they must give reasons why they have rejected your claim.

“Again, your broker can be your advocate throughout this process,” says White.

If the outcome of the internal dispute resolution process is unsatisfactory you then have every right to pursue an external scheme.

However, these bodies only have jurisdiction over certain insurance products and require other criteria to be met. Here is what’s within the scope of FOS and AFCA.

For insurance matters that do not fall within the jurisdiction of FOS or AFCA, your final recourse is to launch legal proceedings.

“The final option is pursuing the matter in court or, depending on what state you’re in, you’ve got the Fair Trading Tribunal,” White says.

No claim without cover

While the steps we’ve outlined above may very well help you overturn an insurer’s initial negative decision, there’s very little that can be done if you don’t have appropriate insurance in the first place.

“It’s hard to believe, but lots of people make claims when they don’t actually have insurance,” says White. “Or they’ve insured their business but they haven’t insured themselves for theft or business interruption.”

Contact us for expert advice on insuring against the risks your business faces.

Important note – the information provided here is general advice only and has been prepared without taking in account your objectives, financial situation or needs.